The MOOD Out on the Street

Video Journalism Documents the “MOOD” After Closing
Warning … this video may cause dizziness if watched too closely. It is meant as documentation of the troublesome mayhem that occurs in the neighborhood as a direct result of the MOOD Lounge business. Turn up your speakers to get a fuller experience of the nocturnal neighborhood noises!
“The MOOD Lounge, after closing for the night late in the evening on Saturday, September 10th / early in the morning about 3:20 am on Sunday, September 11th. To show the noise the neighborhood puts up with. Filmed with a low-tech iPhone 3Gs.”
This property is belongs to the collection of buildings – stables, residences and artisan shops in the alley that were awarded the status of National Register Historic Property recognition in 1990. The MOOD Lounge behavior not only disrespectfully violates the restrictive covenants of this coveted national recognition, but they also continuously and lawlessly violate their own voluntary agreement with the community.
The owner of the property (1318 9th Street LLC) has filed for bankruptcy. The MOOD Lounge business is under investigation by the AG’s office.
A petition to close the business is circulating through the community. The neighborhood, city council members, the ANC and many others are really tired of the bad mood being created by MOOD Lounge!
http://www.youtube.com/watch?v=QaqcSRD7kqg
Posted by Unstable Lives at 11:41 AM 5 comments: Links to this post 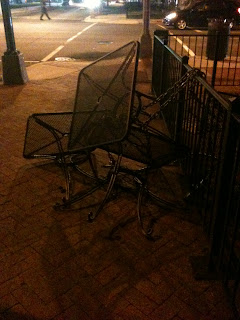 3:00 a.m. vandalized tables around the corner from the
MOOD Lounge (Azi's) after an evening of drinking and
partying spills into the neighborhood. Police called 4 X.
(cell phone photo from a neighbor who could not sleep because of the noise!)
Posted by Unstable Lives at 5:56 PM 1 comment: Links to this post 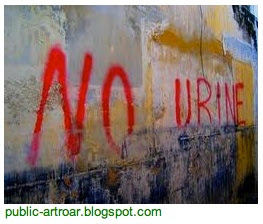 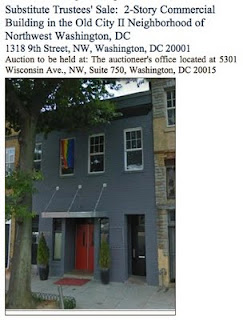 "By virtue of a certain Purchase Money Deed of Trust, Assignment of Rents and Leases, and Security Agreement duly recorded December 29, 2005 as Instrument No. 2005185789(the "Deed of Trust") among the Land Records of the District of Columbia (the "Land Records"), and in accordance with Public Law 90-566 notice filed July 27, 2011 a default having occurred in the payment of the indebtedness secured thereby and the covenants contained therein, and at the request of the party secured thereby (the "Noteholder"), the undersigned Substitute Trustees, will sell, at public auction, within the office of ALEX COOPER AUCTIONEERS, INC., 5301 WISCONSIN AVENUE, N.W., SUITE 750, WASHINGTON, D.C. on Tuesday, August 30, 2011 at 11:00 am the following described land and premises Lot numbered Fifty-eight (58) in the subdivision made by the heirs of John Davidson of Square numbered Three Hundred Sixty-seven (367), as per plat recorded in the Office of the Surveyor for t he District of Columbia in Liber N.K. at folio 103."
(source  http://realestate.alexcooper.com/featured/details/1732/ )
[Editor's note: - while the sale of 1318 9th Street did not go through because the owner's filed for bankruptcy, this situation further increases the already intense public light and scrutiny on this highly questionable business] 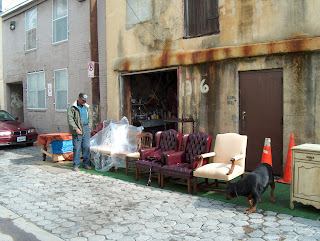 It has been very difficult to protect the little stables in Naylor Court even though they are collectively on the National Register of Historic Properties. In fact when this stable (1316 Naylor Court) was deemed to have been "unstable" it was in fact so stable that the developer began to also rip down the party wall of the building next door into what is now the MOOD Lounge. The author's friend Orlando lived and worked comfortably in this little stable for many years refinishing furniture. It was stable. 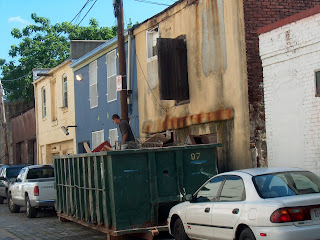 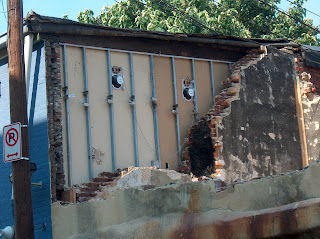 Mind numbing sounds continue to blare through this party wall!
(check out the exposed wall speakers!)
Enjoy the video above to capture the community sentiment of 3 years ago
What can you do to help? You can sign the petition!

Please seriously consider signing the petition to close the MOOD Lounge. Naylor Court stables need to be protected from this sanctioned destruction and disrespect. They are all listed as National Historic Properties and protected by restrictive covenants. The direct link to the petition is http://www.change.org/petitions/dc-alcoholic-beverage-control-board-revoke-mood-lounges-alcohol-beverage-license
The case hearing against the MOOD Lounge comes before ABRA through the attorney general's office on Sept 21st 2011.
Let's hope that the MOOD changes and disappears. The neighborhood has had enough headaches already!
Posted by Unstable Lives at 4:47 PM 3 comments: Links to this post